What makes a geek geeky? Is it their choice of clothes? Is it their unhealthy infatuation with all things technological and IT? Is it some kind of social paranoia and inadequacy that others recognize from miles away? Or is it the TV series they watch? If you are having doubts about yourself, a selection of five TV geek series might offer a clue as to whether you or your friends are geeks. Run the test repeatedly by watching them continuously and check your reactions. If you start repeating the punchlines to your friends, then accept it, most likely there is something geeky about you.

Bazinga! Let's start with an easy one. The Big Bang Theory is about the clash between four geeky scientists and Penny, a blonde wannabe actress and waitress. They happen to meet just because she moves into the apartment next to Leonard and Sheldon. Their interaction is mutually beneficial and provocative. The scientists (or all of them besides Sheldon) realize their social awkwardness and the fact that there is entertainment beyond the comic book store. The Nebraska girl opens up to the geekiness too, which ultimately broadens her horizons as well. 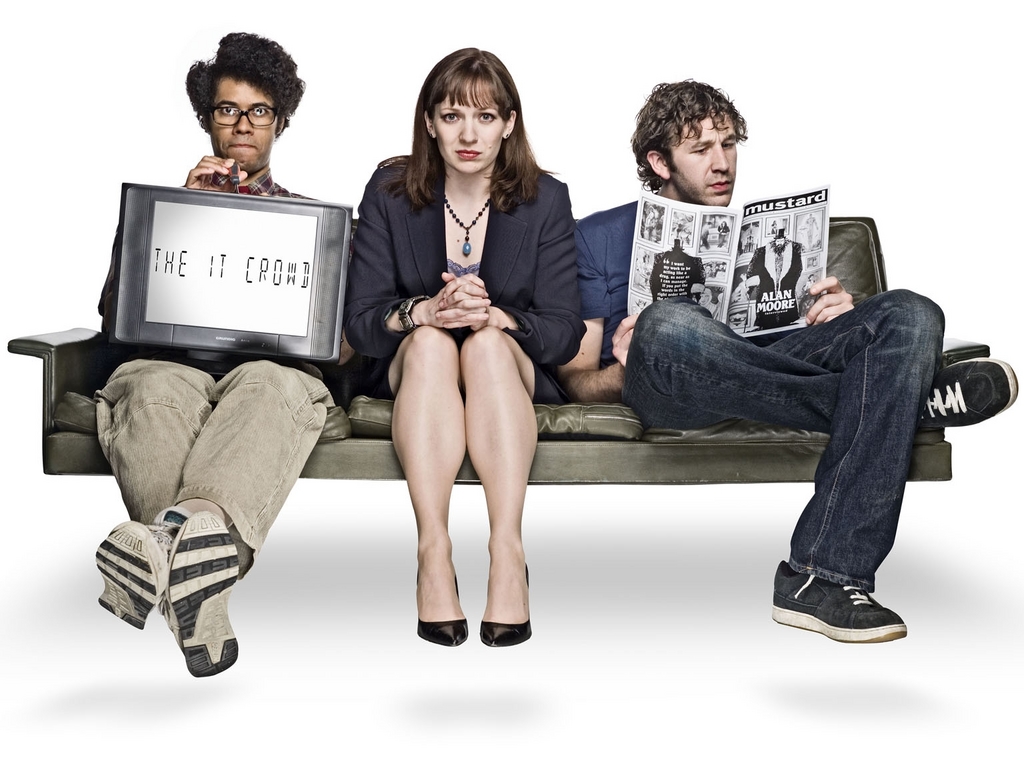 The It Crowd / Channel4

Moss, Roy and Jen are the main characters in the IT Crowd sitcom and not surprisingly, they all work in an IT department. But while the guys are really dealing with IT, Jen is out of this game, and this gives the well-known contradiction between the geeky and the normal. Social inadequacy, nerdiness, Aunt Irma and stag party pranks the IT Crowd has it all.

What's your superpower? It's a question from a job interview pretending not to be an interview. It's also a question that the characters of Heroes have the full right to ask each other. The science fiction series that actually reminds one of a comic book tells the story of ordinary people who find out they have superpowers. Naturally, their lives change drastically, which creates a lot of possibilities for character development and twists and turns. Heroes is full of genetics, geeky cross-references to Star Trek, and whatnot. And it's meant to appeal to geeks.

Here we get into deep waters. The SciFi Channel's series is actually referenced in other geeky series, such as The Big Bang Theory, so this is really serious geek material. The plot involves a human apocalypse, spaceships and a vast unexplored space, all making up for a recipe for geek pleasure. On top of that, Dr Baltar is a scientist with a blonde robot lover this might be enough to get you hooked on Battlestar Galactica.

And now for something completely different  men with beards and glasses. Mythbusters differs from the TV series above in the fact that it is not a fictional one. Quite the opposite, it aims at deconstructing commonplace concepts that might not be true. It combines science and fun, but ultimately, it is really geeky because it involves practical experiments to prove or disprove traditionally accepted myths and popular beliefs.

If you truly want to check your level of geekiness, better start watching and stop theorizing. Surely these geek series can offer entertainment to all, whether through identification or through ridicule.

Please fill out a very quick form, and we will reply in no time!

Here is what we need to get started: